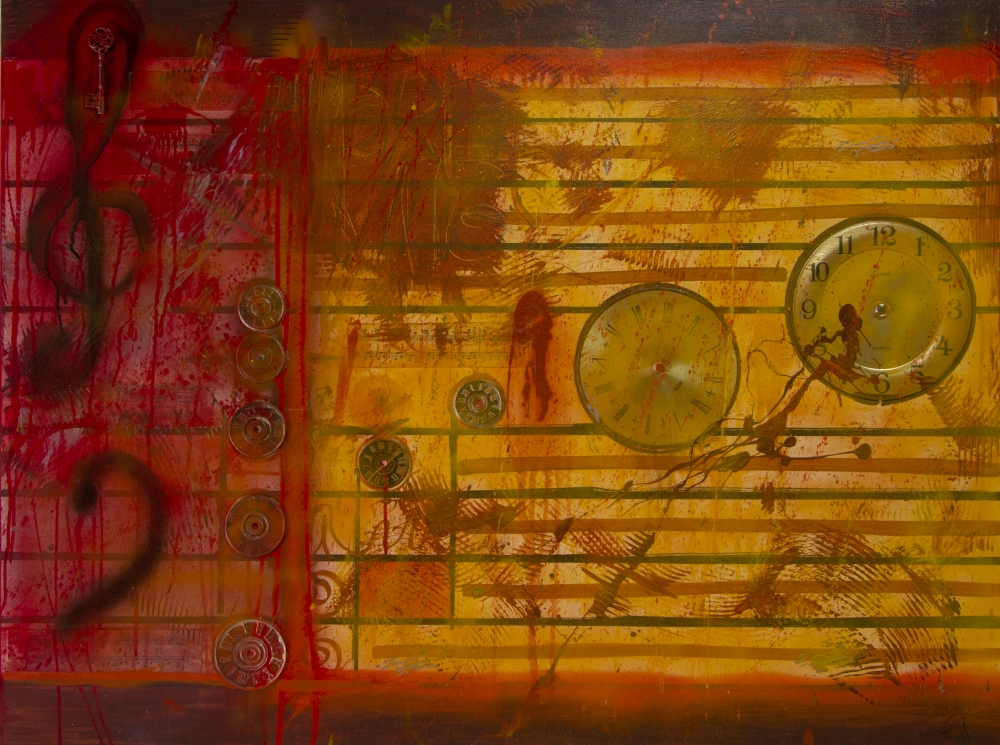 The “little incident,” as Serj Tankian refers to it, occurred more than six years ago in Atlanta. The rock star and frontman of the popular heavy metal band System of a Down had gone solo and decided to perform his rock tunes, classical style, with the Atlanta Symphony Orchestra.

He had done it successfully with the Auckland Symphony Orchestra the previous year in New Zealand, so the singer reasoned, why not take the act stateside? The crucial catch was that his only rehearsal with the orchestra was a simple sound check. The concert that followed was a disaster.

“Drunk people with their beers were hitting the stage while the violin solo was going on,” Tankian recalls with a sly grin. “I couldn’t even turn around.”

Tankian remembers his piano player looking at him out of the corner of his eye and mouthing the word, “uncivilized,” over and over again.

The experience made Tankian not want to perform his classical music in the U.S. again. Until now. Tankian will play nearly sold-out shows Nov. 10 and 12 at the 1,700-seat Valley Performing Arts Center on the campus of Cal State Northridge. He’ll be accompanied by the CSUN Symphony in the North American premiere of his “Elect the Dead” and “Orca” symphonies.

I had to go to the outer limits of who I shouldn’t be to finally man up to saying, 'This is what I want to do.'— Serj Tankian

Tankian, who lives in nearby Calabasas and is a Cal State Northridge alum, feels confident about this U.S. appearance because, unlike in Atlanta, he’ll have plenty of rehearsal time with the orchestra before the shows. He also has honed this material by performing more than two dozen times in Europe, including concerts with the Czech National Symphony Orchestra and the Bruckner Orchestra Linz of Austria.

He’s had a much easier time performing classical music in Europe, Tankian says, because it’s so much less expensive. In Europe, orchestras tend to have their own rehearsal spaces, whereas in the States, some orchestras have to pay, so rehearsal time can be cost prohibitive. Performing with a university orchestra has solved that problem, and for that reason, this may be the formula Tankian uses if he continues to tour this material in the U.S.

Tankian is an unlikely classical music star. Tall and tanned with a jutting salt-and-pepper goatee and a vocabulary cheerfully laced with profanity, the rocker is a beloved figure in the world of heavy metal. System of a Down, which formed in Glendale in 1994, has sold more than 40 million records worldwide.

Bridging the gap between System fans and classical music fans was a trick on Tankian’s part. He eased them into the idea by turning his first solo record, “Elect the Dead” in 2007, into a symphony on which he sings. His fans knew the music already, so they were willing to come along for the ride. Some traditional classical music fans are interested because the fare seems novel and new.

The orchestras he plays with appear to enjoy the change of pace as well.

“Day and night they’re playing Wagner, and that’s cool, but they forget about the genius of these composers, because when you play something every day there comes a point of repetition where it feels redundant artistically,” Tankian says.

That moment of redundancy happened for Tankian too, which is why he expanded his repertoire to include classical compositions. He says he’s more interested in growth than in the comfortable nature of a particular box, no matter how profitable.

“There are subtleties and emotional vulnerabilities that I had never been able to express in my music until I started using classical elements,” he says. “I wasn’t shooting for commercial success or a song on the radio.”

Tankian is not a music theory guy — he doesn’t read or write music — so an arranger helps him translate his vision into reality. Tankian says he is becoming more fluent in the language, and these days he spends much of his time composing for film and TV, flexing his rock, experimental and classical music muscles in equal parts.

Surprisingly, the man known for a vocal range of more than four octaves did not always know music was his calling. He majored in business at Cal State Northridge in the late 1980s, worked with his uncle in the Jewelry District in downtown Los Angeles and took law classes at Kaplan in Long Beach before he had a moment of truth.

He was driving home one day. He was uncomfortable studying law; other students seemed really eager, and he just couldn’t match their enthusiasm. So on this particular day he literally slammed on his brakes and skidded to a stop. He hit the dashboard with his palm and shouted in language more colorful than can be printed here, “I don’t want to be a lawyer! I want to do music!”

“I had to go to the outer limits of who I shouldn’t be to finally man up to saying, ‘This is what I want to do,’ ” Tankian says.

Now, the success of System of a Down has given him the freedom to pursue another challenge: cracking open the classical world to a larger audience.

“I think that probably 95% of the audience will be his fans, if not more than that,” John Roscigno, director of the CSUN Symphony, says of the upcoming shows in the 1,700-seat venue. “I’m sure most of them have never heard our university orchestra, and I’m guessing that many have never heard a live orchestra in performance.”

Roscigno adds that his players, the majority of whom are music performance majors ranging from 18 to 30, are particularly excited to collaborate with Tankian. The symphony rehearsals are fairly standard, he says, but rock ’n’ roll-based pieces from “Elect the Dead,” while technically easier, require some rhythmically tricky parts that the musicians have to play with total accuracy.

Thor Steingraber, who oversees programming as executive director of the Valley Performing Arts Center, points out another happy marriage of worlds: L.A. is an unusual place to book shows because the metropolis is possessed of an entertainment mind-set, he says, while also being an ascendant arts-and-culture city.

“Serj is an entertainer, but he’s also an artist,” Steingraber says. “Throw the symphony in and you’re living at this really cool intersection.”

Also at that intersection will be an exhibit of Tankian’s paintings on the arts center’s second floor.  He has scored each painting to music. Headphones will be passed out to visitors so they can listen to the painting.

“Exploring a different realm of art made me that crazy young artist again, where I was like, ‘I don’t know what I’m doing anymore,’ ” Tankian says. The thought makes him beam.

Serj Tankian and the CSUN Symphony