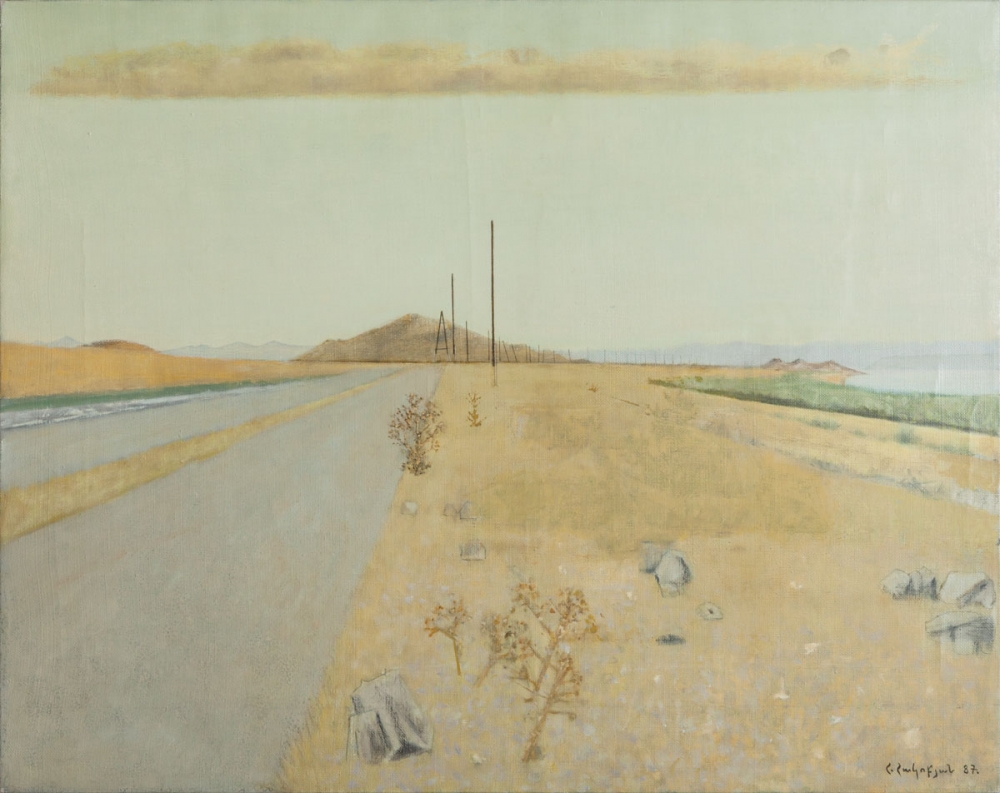 Los Angeles, November 6, 2017 – Tufenkian Fine Arts is honored to announce the opening of the exhibition “Hagop Hagopian: Encounter.” It features selected works by multiple-award-winning artist Hagop Hagopian that span the period from 1970 to 2008. The exhibition will kick off with an opening reception on Friday, November 17, from 7:00 to 10:00 pm, and will remain on view through January 6, 2018.

Born in Alexandria, Egypt, Hagopian studied in Paris under the tutelage of Andre Hotte and received his formal training at the Academie de la Grande Chaumiere. He participated in Alexandria’s biennales in 1959 and 1961, which led to acquisitions of his works by numerous museums.

In 1962, when he was already an established artist, with a painting style all his own, Hagopian moved to Armenia, where he would go on to explore a wide range of new and powerful themes. Marked by an honest and heartfelt approach to his subject matter, many of the works Hagopian created in Armenia are distinguished by their somber, emotionally charged color schemes, often depicting the haunting echoes of the Genocide and the deprivations the artist experienced while growing up away from his homeland.

As importantly, Hagopian went on to produce much-celebrated series of paintings that exude hope for a brighter and happier future, even though his palette carried over its signature mutedness. In many of these works, Hagopian depicts vast, open spaces which at turns convey solemn reflection and celebrate the unbridled freedom of the imagination, with frequent nods to life’s fundamental enigmas and contradictions.

Eventually, Hagopian garnered international acclaim, with his art recognized as being synonymous with the timeless wisdom and beauty of Armenia. During the last ten years of his life, Hagopian focused on sculptural figures, mannequins, and tools, reflecting his enduring desire to explore the infinitely intricate range of human emotion.

In 1970, Hagopian was bestowed the title of Honored Artist for the exhibition “Armenian Art: from Urartu to the Present.” In 1977, he received the State Award of the Armenian SSR as well as the prestigious title of People’s Artist of the Armenian SSR. In 1985, he received the USSR State Award. In 1997, he was presented with the Mesrop Mashtots National Medal of the Republic of Armenia, and, in 2005, awarded the St. Sahak and St. Mesrop Medal of the Mother See of Holy Echmiadzin.

Hagopian died in 2013, in Yerevan, Armenia. In 2014, the National Museum of Armenia honored his legacy with a major exhibition of his works.

Tufenkian Fine Arts is dedicated to serving as a resource for buyers, collectors, and those moved by the contemporary art experience. The gallery seeks to engage the community and create dialogue and discourse through our exhibitions, artist and curator talks, performances, and published books.